A well-preserved history waiting to be explored.

The story of the South, told across our County.

Settled in 1704, Orangeburg County has played a role in many of America’s watershed moments – from the Revolutionary War to the Civil Rights Movement.

Our downtown boasts a Historic District made of 44 buildings dating back to the late 1800’s, making it the perfect place to start your tour of the many Orangeburg landmarks found on the National Registry of Historic Places. 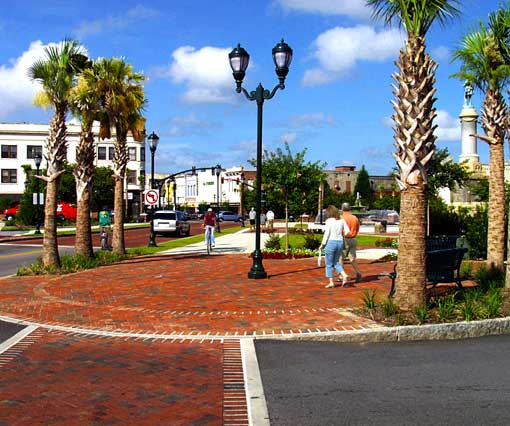 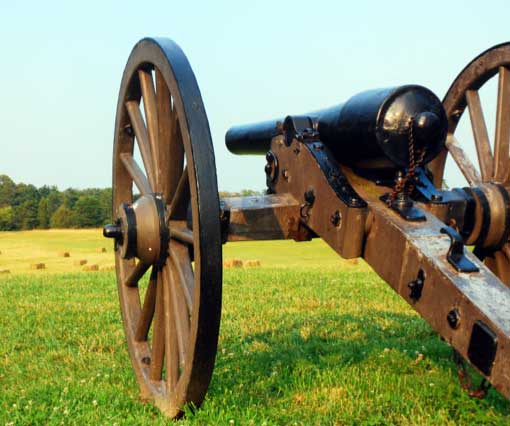 Over three dozen landmarks to discover.

On September 8, 1781, the South Carolina saw its final battle of the Revolutionary War. Listed on the National Registry, the Eutaw Springs Battleground Park is a monument to the battle between Patriot General Nathaniel Greene and British Colonel Alexander Stewart that left nearly 1200 dead and marked the end of British occupation in South Carolina. The site includes historic markers detailing this fateful encounter as well as the tomb of British Commander Major John Majoribanks, noted for his outstanding leadership during the battle.

Vallentine’s Gin, a general store and cotton gin, was founded in 1911 by J.I. Vallentine in the community of Cope (established 1894) and operated in full until the early 2000’s, passed down through the Vallentine family. While this community pillar is no longer operational, decades of twentieth-century wares are still on display and open to public viewing.

The Orangeburg Historic District, located in Orangeburg’s beautiful downtown and listed on the National Registry, serves as a well-preserved collection of the commercial, social, and architectural resources of the late nineteenth and early twentieth century. Most of the forty-four buildings in this quaint district were constructed between 1883 and 1925 and include Orangeburg’s first textile mill, a livery stable, two churches, a post office, and two lodges, featuring architectural styles from Romanesque Revival to Neo-Classical.

There's plenty more to discover – try these spots next.

A reminder of the style of old South Carolina, Lone Star BBQ & Mercantile’s take on classic southern barbecue landed a spot on USA’s “Ten Best Joints in America” and the State’s “Best of Downhome Cooking”. But there’s plenty more to Lone Star than a great buffet, weekly live Bluegrass and Country music shows, and the twice-annual Bluegrass & Country Music Festival. Housed across four country stores dating back to the 1800’s, filled to the brim with antiques, and boasting a gift-shop for old-timey treasures and fares, visiting Lone Star is a trip into the past.

Often called “South Carolina’s most intimate little performing arts venue”, the Bluebird Theatre has been a pillar of Orangeburg’s arts community for over forty years. Theatre-goers can see the Bluebird’s resident thespians, the Orangeburg Part-Time Players, putting on everything from the Nutcracker to My Fair Lady, all in classic venue with a deep history.

Located in the heart of Orangeburg’s Historic District, Thee Matriarch Bed & Breakfast is housed in an elegantly-restored, century-old home with rooms designed and themed for your enjoyment. This home-style inn is the perfect retreat for a solo tourists or traveling families and even hosts corporate retreats and receptions.

When it comes to South Carolina’s already legendary barbecue, Duke’s is a name with a lot of weight. Earl Dukes opened his first barbecue spot in Orangeburg in 1955 on the corner of Chestnut and Columbia Road, and the restaurant is still owned and operated by Dukes’ descendants (the recipes haven’t changed either). Stop by Duke’s for an authentic, old-school experience you can only find in Orangeburg.

Started in 2015, the Downtown Orangeburg Farmer’s Market features vendors of all varieties – from entrepreneurs to local farmers and artisans. Hosted in the newly constructed Downtown Market Pavilion, the market is a great, family-friendly way to spend an evening in town and support Orangeburg’s local businesses. The market is open 3-6pm every Tuesday from May until August.

This award-winning, annual festival for all ages centers around Orangeburg’s beautiful Edisto Memorial Gardens. Started in 1972, the Orangeburg Festival of Roses has attracted more than 40,000 visitors and celebrates the beginning of blooming season for the roses along the Edisto River and many features family-friendly events and vendors from across the County.

The Orangeburg County Fine Arts Center is dedicated to serving the community through inspiring art, arts education experiences, and the support and promotion of local artists – many of whom are on display at the Center. Located on the banks of the Edisto River, the Center provides classes on crafting, hosts performances by area artists, and has a rich permanent collection of South Carolina art.

Delve into South Carolina’s rural path at the Elloree Heritage Museum & Cultural Center. Capturing a historically-accurate view of the Town of Elloree at the time of its founding (1900) by William J. Snider, this cultural touchstone features recreated towns, stores, banks, and a hotel – along with an interactive exhibit on the cotton gin and the production of cotton in South Carolina.